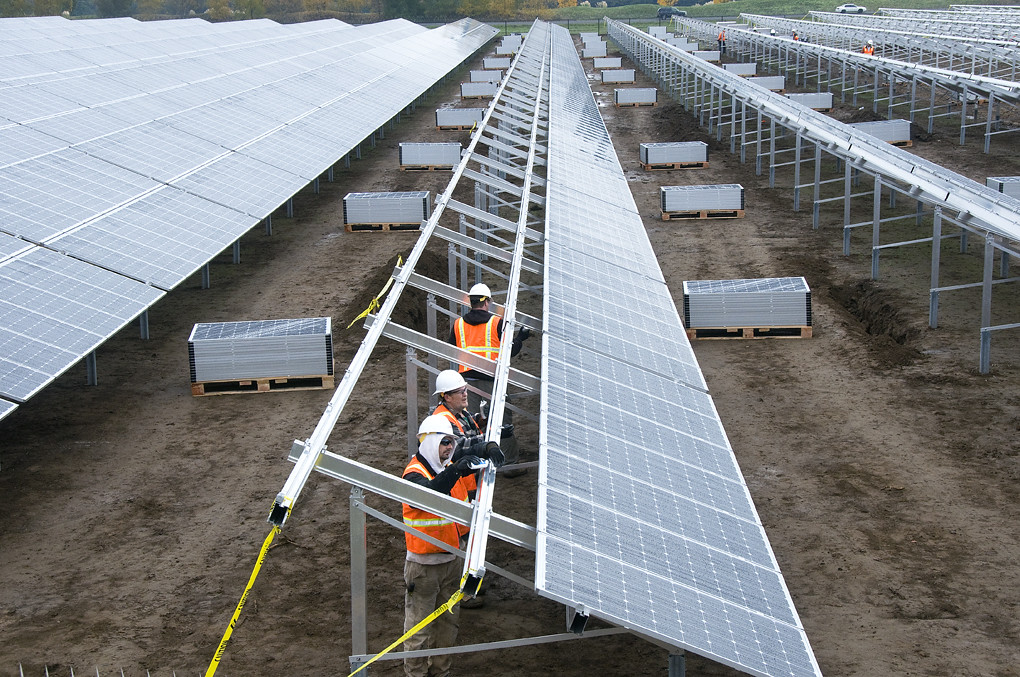 Choosing one renewable energy closed-end fund over another isn’t straightforward. The different yieldcos available differ in size, the type of clean energy they use, the management fee they take and the financial gearing they employ. I explored the universe of different renewable energy yieldcos in a previous post, identifying a number of different listed structures. This time around I want to look at some of the different attributes and metrics of six UK-based yieldcos. The difficulty in assessing these yieldcos comes in evaluating the importance of different measures. Is the effective dividend yield most important to you? Or perhaps you’re trying to assess the financial structure in place or determine how efficient the renewable portfolio is?

Some have gone as far as to develop comprehensive financial models, tying together dividend yield, free cashflow, productive life of asset and other values into a mathematical formula. David March, managing partner of Entropy Investment Management LLC, told the EDGE Finance Advisory newsletter about his formula for assessing the value of a yieldco. Such a model is likely to provide a sophisticated quantitative assessment, however it’s intricacies are rather beyond what I’m going to attempt here.

I wanted to start putting these yieldcos up against one another, but maybe not with quite the same finesse of March and his mathematical model. Unfortunately, not all yieldcos report their results in the same way. Some don’t clearly provide the Gross Asset Value (GAV) or total outstanding debt, leaving the acquisitive investor some mental arithmetic. Not all metrics are created equally – for instance, some funds provide a weighted economic life of the portfolio assets, while others just give a flat economic lifespan for solar and wind assets separately. Even the headline megawatt capacity of asset portfolios differs with the majority providing the peak MW, but some giving the slightly more honest net MW.

I’ve gathered together the latest figures for each category, and although some, like the NAV, are given regularly, others, like the gearing, tend to only be given in interim or annual reports. To that degree there is a little bit of pick ‘n’ mix going on and a little bit of fudging. The gigawatt hour (GWh) of many yieldcos is seasonal, altering according to the levels of solar irradiation or strength of wind at different times of year. It is also subject to frequent increase as funds and their portfolios grow larger. So for the sake of simplicity and trying to capture the most current situation I’ve taken the latest six month period, except for Bluefield Solar Income Fund because it’s latest report is the 12 month period and it’s interim reports don’t appear to state GWh.

Finally, for management fees I’ve used percentages from those stated in the fund’s Key Information Document (KID), in order to get an agreed number without having to resort to more complicated calculations in reports that are often defined on the basis of the size of NAV. I have used the share price on close of business from 10 January 2020.

I’ve cobbled together some back of a fag packet calculations to try and add some additional metrics. The ‘Value of MW’ gives us a basic valuation for each MW of installed capacity. And the ‘Generation yield’ provides us with a figure to measure the efficiency of the power generation, how many MWh are you getting from each installed MW.

With all of that in mind, I’m going rank the different yieldcos in categories to help evaluate which perform the best.

The first thing to note is the consistent premium to NAV that all six yieldcos are exhibiting, varying from 13% to almost 22%. It doesn’t seem clear to me that there is a relationship between the level of the premium to NAV and either the gearing, dividend cover or dividend yield. BSIF and UKW have the highest premium to NAV, yet their respective figures for dividend cover lie at opposite ends of the scale. Likewise their dividend are yields are the lowest and highest, so investors aren’t bidding up the price just to secure BSIF’s superior payout. Perhaps gearing plays into it, although there doesn’t appear to be an exact correlation.

The solar yieldcos seem to have a lower valuation per MW compared to the other yieldcos. And perhaps this plays into the generation yield, because why would you attribute a higher value for each MW if this wasn’t borne out in the actual MWh those MWs produced. JLEN far outstrips the other yieldcos in generation yield, but it is worth pointing out that it has the only portfolio containing anaerobic digestion and hydro, as well as three waste and wastewater assets. So the comparison with the other yieldcos seems a little unfair. The second most efficient, again by a significant margin, is UKW, which essentially helps demonstrate wind power’s strength in the UK against solar. Among the solar yieldcos NESF comes out on top for generation yield, although it has the lowest premium to NAV of the three, while all of their dividend yields are within 0.42% of one another.

Overall it seems difficult to draw any hard and fast conclusions from this very cursory analysis. More needs to be done to capture performance over 12 months for all the yieldcos to flatten out any seasonal patterns. There are also interesting metrics we could use involving cashflow and the reayment of debt. I’m interested to research further on the quality of the assets contained within these portfolios. I must also point out that a new kid on the block has arrived in the shape of Octopus Renewables Infrastructure Trust. ORIT raised £350 million in December 2019 and is targeting a dividend yield of 5 per cent after the first year. In a future post, I hope to further delve into renewable yieldcos, broadening out my analysis into those in North America and elsewhere in Europe.

This website is provided “as is” without any representations or warranties, express or implied. River Otter Investments makes no representations or warranties in relation to the information on this website. The website is not intended to address your particular requirements. In particular, the information on this website does not constitute any form of advice or recommendation and is not intended to be relied upon by users for investment decision-making purposes.